Posted on October 31, 2012 by Objectively Speaking 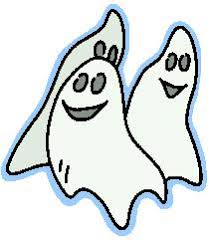 Tom Batterman, founder of Vigil Trust & Financial Advocacy and Financial Fiduciaries, LLC is in the business of representing the best financial interests of his clients. Having provided objective, fee-only financial management services for over two decades, he specializes in managing the investment and related financial affairs of individuals and mutual insurance companies who do not have the time, interest or expertise to manage such matters on their own. As an objective, unbiased professional who takes on a fiduciary responsibility to his clients, he guides clients to the financial decisions they would make themselves if they had years of training and experience and the time and expertise to fully research and understand all of their options. Founded in 2010 as an outgrowth of Vigil Trust & Financial Advocacy, Financial Fiduciaries, LLC is a financial management solution for individuals and mutual insurance companies who recognize they do not have the time, interest or expertise to properly attend to their financial matters on their own. While there are many financial “advisors”, most of them have investment products to sell and the “advice” they provide is geared toward getting their clients to engage in a purchase. As one of the rare subset of advisors known as “fiduciary advisors”, Financial Fiduciaries does not sell any investment product so its guidance is not compromised by conflicts of interest which plague ordinary advisors. Prior to his employment in the financial industry in financial advocacy and trust positions, he worked at a private law practice in the Wausau area in the areas of estate planning, tax, retirement planning, corporate organizations and real estate. He is a graduate of the University of Wisconsin-Madison and the UW-Madison Law School and has during his career held Series 7, 24 and 65 securities licenses. A longtime resident of the Wausau, Wisconsin Area, Tom is active in the community. He enjoys golf, curling, skiing, fishing, traveling and spending time with his family.
View all posts by Objectively Speaking →
This entry was posted in Financial Category and tagged best interest, brokers, commissions, costumes, dual registrant, fee only, fee-based, financial advice, financial services, halloween, investment advisor, investors, licensed, NAPFA, professional, registered, registrant, RIA, securities. Bookmark the permalink.