Posted on January 3, 2013 by Objectively Speaking 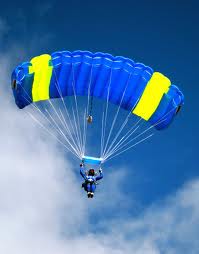 Keep your parachutes packed.  We didn’t need them on January 1st, but we will probably still need them on March 1st.

The Federal estate tax exemption was made permanent at an inflation-adjusted $5 million.  The Department of Revenue has confirmed that this change eliminated any Wisconsin estate tax.  Payroll taxes went back up; reports indicate the average worker making $50,000 per year will pay an additional $1,000 in payroll taxes now in 2013.  And the great news?  They did nothing to address runaway government spending and the burgeoning annual budget deficits we are facing without significant changes in Social Security and Medicare.

I would not be surprised if the ratings agencies don’t use this latest lack of serious action to address our budget problems as a basis for further downgrades to our government debt.  Do you really think the government is going to be able to abide by its stated intent of holding interest rates low for a couple more years if the world begins to understand that, despite our rhetoric, we are really no better than some of the European countries at getting our fiscal house in order?  If they don’t do it before, look for action when we have another round of inaction when the “final” shoe supposedly drops on March 1.

Why should any of us believe the government is actually going to do anything by March 1, anyway?  We had a debt commission – Simpson/Bowles.  They came up with a great recommendation.  Nothing happened.  The tax law changes enacted in the early 2000s were set to expire at the end of 2010.  Everyone knew action needed to be taken.  No one would want to go through the end of 2010 without action.  Did we do anything?  Yes.  The last week of December, 2010.  We had a great debate over the debt ceiling in August, 2011, and threatened to shut down the government and default on our debt.  At the last-minute we decided we’d come up with a Super Committee to come up with livable solutions which allowed us to temporarily extend the debt ceiling. And if the Super Committee didn’t come up with anything, we’d have automatic sequestration.  Well, there was no agreement by the Super Committee, so we were to have automatic sequestration January 1.  Now that has been extended until March 1.  And we have another round of debt ceiling discussions.  A lot of talk and nothing gets done.  Why should we believe this time is any different?

Oh, and one last thing.   Let’s say you had a job in which you were supposed to create a budget.  Let’s say you didn’t get it done.  For a few years in a row.  And let’s say that as a result of you not getting a budget done, your company continued to spend money without a plan and absorb huge losses.  If you worked in the private sector, your company would be bankrupt or you would be fired or both.  Why don’t we hold our lawmakers similarly accountable?

Tom Batterman, founder of Vigil Trust & Financial Advocacy and Financial Fiduciaries, LLC is in the business of representing the best financial interests of his clients. Having provided objective, fee-only financial management services for over two decades, he specializes in managing the investment and related financial affairs of individuals and mutual insurance companies who do not have the time, interest or expertise to manage such matters on their own. As an objective, unbiased professional who takes on a fiduciary responsibility to his clients, he guides clients to the financial decisions they would make themselves if they had years of training and experience and the time and expertise to fully research and understand all of their options. Founded in 2010 as an outgrowth of Vigil Trust & Financial Advocacy, Financial Fiduciaries, LLC is a financial management solution for individuals and mutual insurance companies who recognize they do not have the time, interest or expertise to properly attend to their financial matters on their own. While there are many financial “advisors”, most of them have investment products to sell and the “advice” they provide is geared toward getting their clients to engage in a purchase. As one of the rare subset of advisors known as “fiduciary advisors”, Financial Fiduciaries does not sell any investment product so its guidance is not compromised by conflicts of interest which plague ordinary advisors. Prior to his employment in the financial industry in financial advocacy and trust positions, he worked at a private law practice in the Wausau area in the areas of estate planning, tax, retirement planning, corporate organizations and real estate. He is a graduate of the University of Wisconsin-Madison and the UW-Madison Law School and has during his career held Series 7, 24 and 65 securities licenses. A longtime resident of the Wausau, Wisconsin Area, Tom is active in the community. He enjoys golf, curling, skiing, fishing, traveling and spending time with his family.
View all posts by Objectively Speaking →
This entry was posted in Financial Category, Government Category and tagged automatic sequestration, budget, budget problems, debt ceiling, debt commission, department of revenue, estate tax exemption, fiscal cliff, fiscal house, goverment, government debt, government spending, inflation, medicare, payroll taxes, simpson/bolwes, social security, super committee, tax law, wisconsin estate tax. Bookmark the permalink.